We’ve all seen those one-off videos of a package delivered less-than-gracefully to the ground. It catches air. Sails across a loading dock. Or gets pushed off a ramp.

Thankfully those are a rarity. What IS common is the reality of shipping transportation woes: Uneven roads lead to a bumpy ride. Dents and creases from tight conditions. And the nature of a box being moved dozens of times, by different handlers, on its path to arrival.

The idea that a medical device will be subject to those conditions makes any manufacturer cringe. Will the sterile barrier still be intact? There is little you can do once those packages have been sent out into the world to share their positive healthcare impact.

There is, however, something you can do BEFORE they leave.

Distribution simulation testing not only tests for package protection of the device itself, but also the actual packaging to ensure it arrives in good condition and the sterile barrier has not been breached. Together those can guarantee a successful delivery.

Introducing what’s popularly known as the “shake, rattle, and roll” test, a function of medical device package testing. Its purpose is to test the packaging and its contents and simulate the anticipated hazards encountered in various distribution scenarios.  As expected, the packaging is exposed to shaking, rolling, and drops. These tests are to ensure the integrity of the device and its sterile barrier during storage and distribution, and to measure primary seal integrity.

A few examples of testing include:

At LSO, we perform the following tests with regards to the above:

Used to determine the rugged nature of medical packages and the effectiveness of its interior cushioning ability when the products/packages systems are exposed to impact during material handling operations.

Used to determine the ability of medical packages and products to withstand shock and vibration encountered during the entire transit course whether it be by truck or air.

Used to determine the maximum compression resistance and long-term stacking strength of both individual medical packages and their master shipping containers.

This test is intended to evaluate the ability of packaging to resist the force of concentrated impacts from outside sources, such as those encountered in various modes of transportation and handling.

This test determines the effects of high altitude / pressure differential when packaged products are transported via certain modes of transport such as aircraft or ground over high mountain passes. When exposed to these high-altitude conditions, products or packaging systems, or a combination thereof, may be negatively affected by resultant pressure differential.

These types of tests are accepted by regulatory agencies around the world.

Understanding how your medical device packaging will be tested for distribution aids you in your strategy. Knowing the how and why of such testing is an important part of successfully delivering your product to market… in one piece and still sterile!

Meeting standards is a requirement, but also a key to peace of mind.

And if your package did catch air? Or get pushed off a loading dock? You won’t need to worry. You’ll know its integrity will be secure (especially if you had your package tested at LSO)!

The Life Science Outsourcing team is ready to help you with your project. 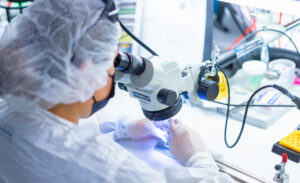 Life Science Outsourcing is excited to have been selected as a Key Contributor to this Month’s Issue of MPO Magazine. What a nice way to 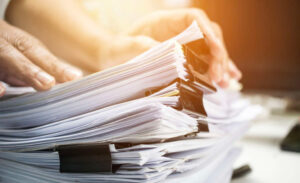 How Will the EU MDR Change Medical Package Testing for US Manufacturers?

United States-based medical device manufacturers must comply with regulatory requirements to take devices to market. Following requirements in the US is one thing, but what