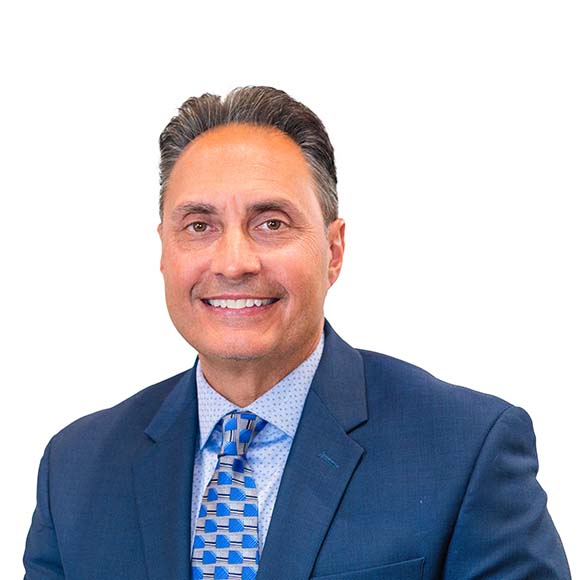 John Nino is the CEO of Life Science Outsourcing Inc and has over 30 years of experience in Manufacturing, Production Operations, Program Management, and Product Development. He has held Executive Leadership, Senior Operations, and Technical Positions with Aerospace, Medical Device, and Automotive OEMs worldwide. He also has extensive US and offshore Contract Manufacturing experience.

Mr. Nino is currently the CEO of Life Science Outsourcing Inc (LSO). Prior to joining LSO, he was the President and CEO for Aveox a leading Designer and Manufacturer of Motion Control Systems for mission-critical Aerospace, Defense, Medical, and Industrial applications. Prior to being promoted to CEO, he served as Chief Business Development Officer directly responsible for developing and executing Business and Commercialization strategies and building strategic relationships. John is also a Strategic Advisor and active Member of the ECA Medical Instruments Board of Directors. ECA Medical is an Industry Leader and pioneer in Single Procedure Surgical Instruments. John was the President & CEO of ECA from 2005 through 2016 and during this time earned strategic supplier status with industry-leading Medical Device companies such as Medtronic, Boston Scientific, and St Jude Medical. Under his executive leadership, ECA successfully executed his vision to develop and commercialize first-of-their-kind instruments and procedural kits which are now revolutionizing the Orthopedic Industry.

Prior to joining ECA Medical, Mr. Nino served as a Principal on the Operations Team for American Capital Ltd (ACAS)., a publicly-traded Private Equity Investment Company. In this role, he worked with a wide variety of portfolio companies to improve operational efficiencies and all overall profitability. While with American Capital he supported corporate restructures, mergers, and acquisitions and provided hands-on support to Lean Manufacturing, Process Improvement, Product Development, and Supply Chain initiatives. John also played a key role in corporate due diligence activities to assess the technological and manufacturing capabilities of companies targeted for acquisition.

Before joining American Capital, Mr. Nino was the Sr. Director of Tactical Operations and Product Development for MSC Software, a $300M industry leader in virtual prototyping/3D Modeling Software. Prior to joining MSC, he was Vice President of Operations for EOS Corporation, a leading designer and manufacturer of high-efficiency power supplies for the Computer and Data Networking Industries. Before joining EOS, he was the Sr. Manager of Programs and Manufacturing Operations for SMTEK International, an ISO certified contract manufacturer of medical, aerospace, and military electronic assemblies.

Mr. Nino spent the first 10 years of his career as an Electrical Design Engineer for Rockwell International’s Rocketdyne Division where he received multiple awards for his product development efforts related to propulsion systems for the Space Shuttle, Atlas, and Delta launch vehicles. He also served as a Sr. Project Engineer for the International Space Station Electrical Power System.

John holds a Bachelor of Science Degree in Electrical Engineering from the University of California with an emphasis in control systems and robotics. He is Lean Manufacturing trained and has won multiple awards for his achievements in Healthcare and Aerospace. He holds multiple Utility and Design Patents related to Surgical Instruments and technologies.

John is an avid automotive racing and restoration enthusiast. He regularly attends cars shows and racing events and personally maintains and restores vintage race cars, resto-mods, and street rods in his shop in Simi Valley California.